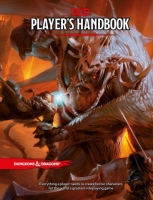 [NEW 5 APRIL] Healing: "First, I don’t think that clerics being the sole healers is something I’d consider a common trait of D&D throughout the ages; the bard and the druid classes were both capable healers in previous editions. Though the cleric was arguably the best healer in certain editions, others could fill that role; 4E just went further and standardized healing mechanisms between all healing classes. As I mentioned in the first question above, we also think there should be some self-healing or non-magical healing."
Tak to konečně vypadá, že budou takové formy doplňování HP, které umožní HP chápat obšírněji (ne pouze jako absorbování fyzického poškození) i pravidlově, ne jen narativně (což někdy vyžaduje dost kejklí s pravidly).
Nahoru

- It is a traditional class-based system, with the important addition of subclasses (exact name varies for each class) as a tool to create significantly different characters of the same class. Your class determines your general features and a large number of benefits at different levels. A subclass is something you choose at a level between 1st and 3rd (depends on the class) and determines a series of specific features/benefits at various levels later on. All classes have no "dead levels": if you don't get a class benefit or subclass benefit at a certain level, then you get the choice of either an ability score boost or a feat.

- The second-most important character choice is your background. This is the main delivery method for skills proficiencies. Essentially, by encapsulating most of your PC's skills, backgrounds make your (overall) skill choices indipendent from class.

- Races follow the tradition of one-time packages of bonuses, but many of them need to also choose a subrace.

- Proficiencies follow a new unified approach that covers weapons, armors, skills, tools, languages and saving throws using the same rules. You are either proficient in something or not. If you are proficient, you apply your proficiency bonus to all applicable rolls (armor and languages don't require roll, and work differently). The key point is that the proficiency bonus is always the same for all your proficiencies, and depends only on your total character level but does not depend on your class.

- Alignment has largely no mechanical consequences.

- Feats are as large as 2-3 feats of previous editions, but otherwise are still simple additions to represent any kind of extra character feature. Feats can be used to control the complexity of your PC, since some of them grant one simple passive but large benefit, while others may grant multiple benefits, situational benefits, proactive abilities and even a complete subsystem (e.g. fighting maneuvers). Furthermore, you are never required to take feats, and can take ability score bumps instead. This new feats system is mostly motivated by the purpose of allowing simple and complex PC coexist at the same table, leaving the choice to each player, but being balanced against each other.

- Multiclassing largely follows the 3e level-based mechanic, but the major difference is that spellcasting classes get their spell slots "merged", i.e. a multiclass spellcaster uses the same spells per day table (there is only one table for all full spellcasting classes anyway) and can use it to cast spells from either class.

- Bounded Accuracy is the general concept of keeping number inflation limited, when it comes to bonuses to d20 rolls (including attack rolls, saving throws, skill checks etc.). The difference between two characters (or between the same character at 1st and 20th level) in terms of those bonuses is much lower than in the previous 2 editions of the game. Reducing the differences was done mainly to increase the level range at which the same monsters or challenges can be used, and to reduce situations where the difference between the best and worst characters means a challenge is insta-win for some and insta-lose for others.

- There is a turn-based system of exploration rules, so that during dungeon/wilderness explorations you can assign tasks to each PC, and put all checks into a time frame.

- There is a system of interaction rules based on defining character attitudes/motivations/etc. to handle conversations with NPC without putting too much stakes on single dice rolls.

- Advantage/disadvantage is the common rule for handling favorable/unfavorable situation, and it means "roll twice and take the best/worst". Bonuses to rolls are much less common than in previous editions, to largely reduce the number of calculations needed during the game.

- Movement in combat is very loose. Essentially you are free to split your max moved distance the way you want. There are still "opportunity attacks" but limited only to prevent running away from or past the enemies with impunity. There are no penalties for casting spells or using ranged weapons in melee.

- Spellcasting rules are not vancian anymore. Casters normally have a chart of daily slots based on spells level, but instead prepare spells indipendently on that chart. You simply prepare a total number of spells (depending on your class level) of any level you can cast. You choose which one to cast on the fly, and it will "use up" an appropriate daily slot.

- Cantrips are at-will. Some spells can be cast as Rituals which also means at-will but take a longer time to cast (hence, not in combat).

- Everyone can cast spells in armor, but only if you are proficient with such armor (no difference between arcane and divine casters here).

- A lot of buffing spells require concentration which doesn't prevent any other action, but simply means that casting another spell also requiring concetration will make the previous spell ends. This is to largely prevent stacking buffs.

- On the other hand, all spells effects and magic items effects stack (except presumably with themselves).

- There is no assumption on the equipment value a character should have at any level. Hence magic items are not assumed, and could in theory be freely decided by each gaming group.

- Polymorph, wildshape and similar spells generally work by completely superseding the target's stats, and disappear after a certain amount of damage is taken (in a sense working like temporary hit points). 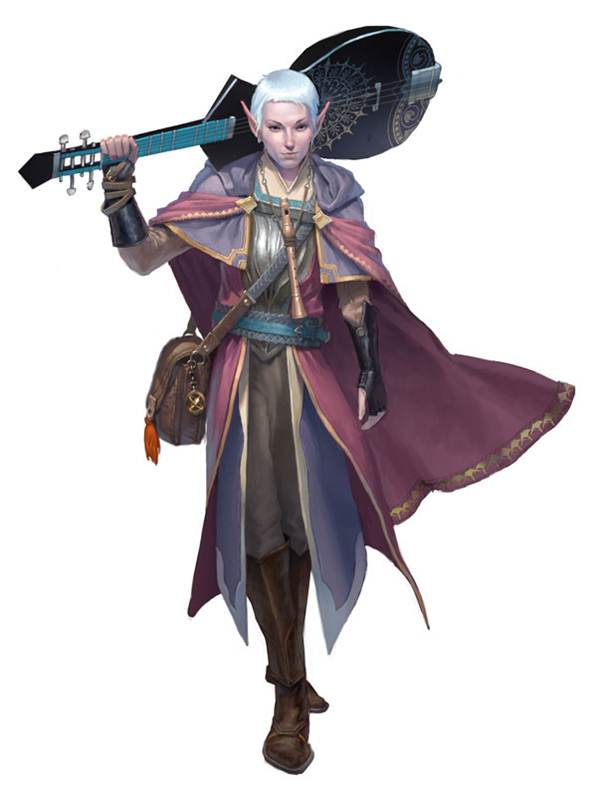